November 1984. Eve of the 75th Alfa Romeo anniversary. Despite in Rome, in the area of the “political power”, between via Veneto, IRI/Finmeccanica seat, holding of the Alfa Romeo Group, and the nearby via Sallustiana, headquarters of the Ministry of the State Participations as well as in Turin, in Corso Agnelli, FIAT headquarters, already was talking about the (unfortunate) transfer of the company, in Arese the celebrations of the great event were organized even with the launch of a new beautiful and interesting car, the 75, result of the Alfa Romeo Centro Stile, destined to have a great success, in the market and in the racing. 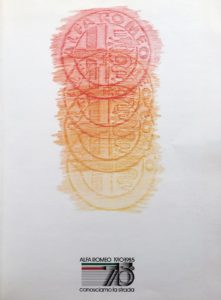 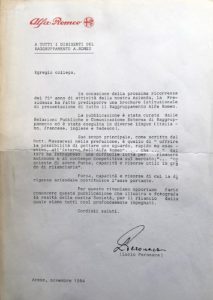 Lucio Peronace, then Alfa Romeo General Manager for Organization and Management, sent a beautiful letter to all the Executives attaching a publication in various languages (by External Relations) which recalled the history and successes of the Company, its presence in the world and efforts to “keep it independent and competitive on the market” with a preface by the President at the time Ettore Massacesi.

It has now become a rare and forgotten publication, but reading today, extremely poignant. A magnificent company, very modern and avant-garde for the times, strongly present and active in every part of the world, historically burdened by political and patronage pressures (construction of new plants in Pomigliano d’Arco, near Naples), was sold off and dismembered within a couple of years.
So, yes, once upon a time there was Alfa Romeo as well as many other and beatiful companies that made Italy a leading country in the world for its genius, excellence and above all for the style. Uncontrolled globalization and the absurd “political” short-sightedness, seasoned by party interests, presumption and ignorance, but above all managed by a very strong lobby, directed Alfa, a prestigious state-owned company, towards solutions that mortified its traditions and excellence rather that activate appropriate and targeted restructuring plans. It is enough to read today the documents to understand what enormous economic and industrial damage has been caused to the country, even with the excuse of avoiding uncomfortable competitions inside the house. The European Commission was even activated to verify the regularity of the operation and the existence of “aid” by the Italian government.
Alfa Romeo, in 1983, had a turnover of 2.650,4 billion of Italian Lire, in the face of investments in technical fixed assets of 290 billion. It had 40,000 employees (including 2,280 abroad); 12 production units; 37 controlled companies (including 22 operating abroad) and thousands of cars produced. 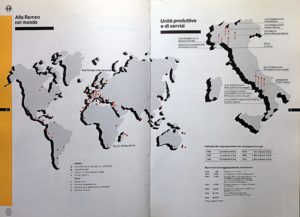 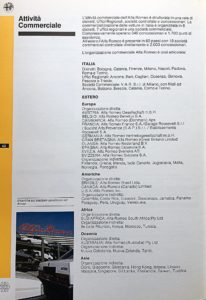 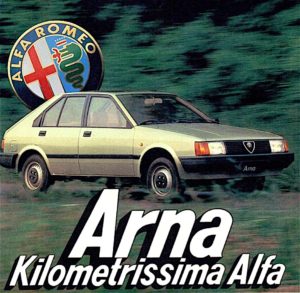 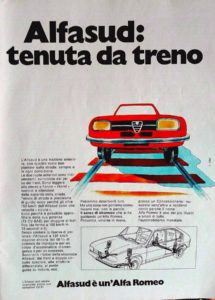 For Alfa, however, the biggest problems came from the south. Certainly they not came from Alfasud or Arna, which were excellent cars, but rather from the “turbulent” social and trade union situation, not only in Arese but particularly in the south and in the places where the new plants had been built. Enzo Ferrari in his 1970 book “The Bridles of Success” recalled that “the people of the north calls work as work; in the south they calls it fatigue or suffering”…. And therefore the Company, burdened with unnecessary weights and now increasingly expensive to manage, would had an absolute and urgent need for a serious and valid restructuring plan, far from any undue interference. The policies of that time decided differently.
“We annexed a weak province,” said Mr. Gianni Agnelli, FIAT President … But as resources, technologies and product range, Alfa was second to none at the time, perhaps only to Mercedes. In short, Alfa, which had grown thanks to Fiat, returned to Fiat with its head bowed. In fact it was in Fiat that about 100 years ago Enzo Ferrari found and hired for the Portello the talented designers Jano and Bazzi, future architects of the great successes and of the Alfa Romeo myth of which this year, 2020, are 110 years of life! Perhaps the last exclusively Italians ….