Stefano d’Amico was born in Rome, where he completed his studies and obtained his High School Diploma with specialisation in Classics at the Jesuit Institute Massimiliano Massimo. He studied with Professors Hon. Aldo Moro and Federico Caffè, full professors of Law and Criminal Procedures, Economics and Finance. He obtained his degree in Law at La Sapienza University. Later, he worked as University Assistant of Professors Di Mattei e Cotta (History of Political Doctrines and Philosophy of Law).

From 1969 to 1972 he was partner of a major advertising agency with clients in large industry and state-owned companies.

From 1973 to 1978, under the Moro and Andreotti Governments, he worked as a contractor for the Minister of State Shareholdings (Hon. Antonio Bisaglia) and Manager of External Relationships and EGAM (Ente Gestione Aziende Minerarie e Metallurgiche del Ministero Partecipazioni Statali) Institutional Relationships.
Between 1978 and 1994 he was a member of the board for the Management of International Relationships, Government and Institutions for Iri, Eni, Agip, and Enidata.

During his long years of work carrying out official government assignments, he participated to unique events such as the celebrations in Tehran for the 2500th anniversary of the monarchy, the presentation of Leonardo Da Vinci’s Leicester-Hammer Code in Florence in 1983, and the OPEC Conference in Rome in 1984. In 1990, he organized the International Conference of the Sea of Naples, which marked the beginning of the conferences of Mediterranean Countries, still current. 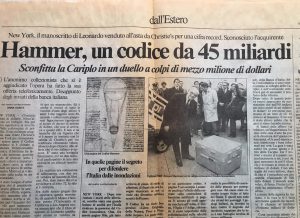 Between 1995 and 2001, he is a consultant for international relations of important Italian companies.
Constant travels and long business stays throughout Europe, the USSR, Turkey, Iran, Iraq, Saudi Arabia, Emirates, Africa, Brazil, US and Canada formed his knowledge of politics, history and economics which contributed to his personal and professional training.

A car and engine enthusiast, he raced as a gentleman driver on board Alfa Romeo, Porsche, BMW, Toyota cars participating to numerous Speed Championships. He is a well-known and experienced expert of the Italian Alfa Romeo brand and its history, with extensive expertise in vintage Alfa Romeo cars.

In 1981, he became Vice President of Riar (Registro Italiano Alfa Romeo) until 1983, when he was elected Chairman, holding his position until 2017. Over the years, he brought the Club to a completely unique tradition of excellence, helping to spread it in terms of culture, passion and knowledge. He participated in the institutional recognition of the Registro Italiano Alfa Romeo, cooperating in drawing-up the law that establishes its authority over the certifications of approval and authenticity issued by Riar. Among the many events in every part of the world he organised, noteworthy are – from 2000 to 2005 – the Trofeo Giulietta, to which he also participated as a driver. 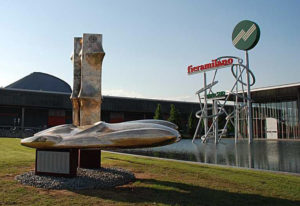 In 2010, on the Alfa Romeo centenary, he launched an international subscription for the construction of an important monument to remind posterity the history and image of Alfa Romeo. The sculpture, inaugurated on June 24th 2010 and located in front of the entrance to the Rho Milan Fair, was made in bronze by the master Agostino Bonalumi and the Alfa Romeo Style Center.
In 2017 he promoted and entered into major agreements for the Riar.
On behalf of Mr. Sergio Marchionne (FCA CEO) and Eng. Harald Wester (CEO of Alfa Romeo and Maserati) he contributed to the restoration of the Alfa Romeo Historical Museum in Arese.

His role as Director of CSAI (Commissione Sportiva Automobilistica Italiana) from 1984 to 1986, Vice President of ASI (Automotoclub Storico Italiano) from 1987 to 1990, and representative of ACI (Automobile Club d’Italia) in FIA (Fédération Internationale Automobile) from 1998 to 2000 all contributed to expand his knowledge and experience in the field.

Married and father to three children, he started the production of an excellent Tuscan oil … exclusively for friends.