A life under the flag of the “biscione”

In the fifties, the world was re-emerging from the senseless and horrendous conflict that almost destroyed it and life resumed with enthusiasm but above all with tenacity and will not only thanks to the Marshall Plan but also to regained freedom and renewed optimism.
Construction sites in Italy popped up everywhere. The bulldozers worked day and night to make space as soon as possible, removing rubble but also the losses and pain of an entire country. It was the Italy of the post-war period, of rebuilding, of return to life and normalcy. An industrious and enthusiastic Italy. After all, it could only go better than the abyss into which it fell. The survivors gathered, the families rejoined, the land flourished again over the craters of the bombs.

And specifically in the fifties, as witnessed by some old family pictures, we left Rome for a truly adventurous journey, one that until a few years ago my parents still loved to remember. My father, my mother, my little brother Giuseppe and my two maternal grandparents travelled to Sicily to join my paternal grandmother, our Catania relatives and finally enjoy a family reunion at the foot of Mount Etna, in the fields that for over 500 years were owned by our family. We left on board an impressive black Mercedes with folding seats bearing SCV (Vatican City State) as its number plate and lots of luggage on the roof. 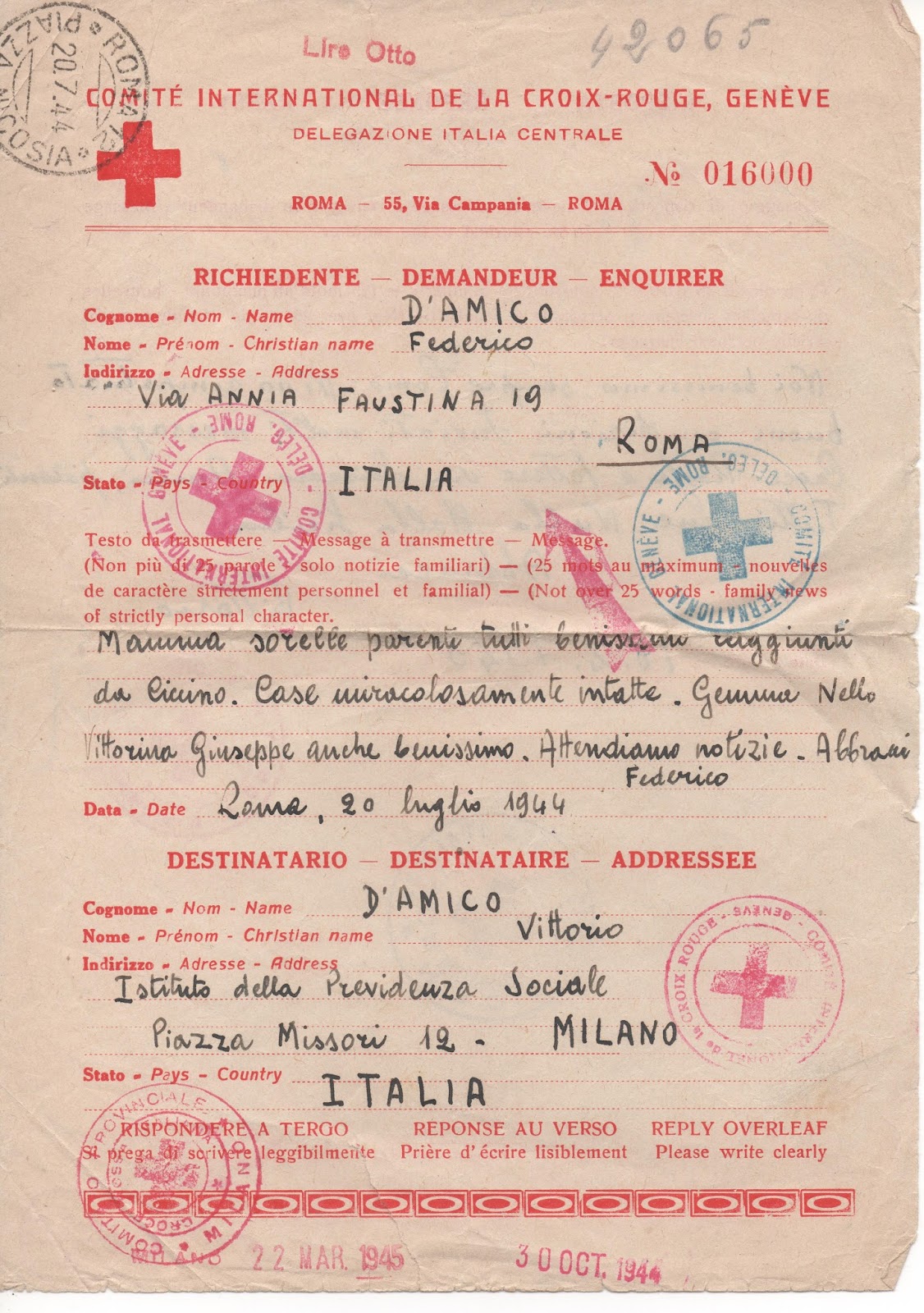 The driver was my uncle, Raffaello Flugi Von Aspermont, a member of an ancient and noble Swiss Bohemian family, cousin of the French poet Guillaume Apollinaire, who volunteered at 16 years old to fight in World War I, a Fiume legionnaire, a pilot and an Alpine soldier. Thanks to his dual Italian and Swiss citizenship, he played a key and sensitive role in the Roman resistance as a liaison among the Vatican, the Government of the time and the Allies. Together with my aunt, Gemma d’Amico, Baroness Flugi Von Aspermont, he saved hundreds of Jews and politicians opposing the regime from arrest and deportation. My aunt was an extraordinary artist, a student of Felice Carena, a friend of Alberto Savinio, Dino Buzzati and of the most famous artists of her time. In the mid-twenties, she cooperated with the then Bishop Giovanni Battista Montini, future Pope Paul VI – a good friend with whom she kept in close contact – to restore the FUCI, the Italian Catholic University Federation where many important figures and future members of the Christian Democrats studied and trained and that – in the immediate post-war period – gave their extraordinary contribution to the work of the Constituent Assembly. 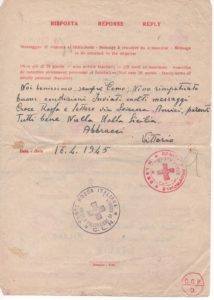 Thus, I did not grow up in an austere environment, but a very cultured one, full of ancient traditions, important state officials, military war heroes, high ranking clergymen, scholars and … crazies in the brilliant and creative sense of the word … An unusual and very special way to grow up for a teenager who wandered under paintings of ancestors with uniforms full of medals or the Cross emblazoned on purple mantles! Uncle General Federico, uncle His Eminence Lorenzino, great-aunt Reverend Sister Maria Antoinetta (who was rumored to be close to a saint… Really? ). When I walked alone under those dusty portraits, which seemed to gaze at me with haughtiness, I paid my respects blowing a few “raspberries” that promptly turned into reverent attitude at the presence of my grandmother, born Baroness Gussio. These premises are important to understand my approach and friendship with our equally ancient “biscione”.
But let’s head back to the trip to Sicily.

I have some remote but very vivid memories of that three-day trip that never ended along Pontina and Fettuccia di Terracina (the one in Taruffi’s records), Domiziana, Capo Miseno, the overnight stay in Naples in front of Castel dell’Ovo, and then down to the Calabrie and Lagonegro with the endless hairpin bends, ups and downs, with continuous stops for needs of all kinds. I think that the Autostrada del Sole was not even a project yet!

And it was specifically in the Calabrie that something happened, an event that is still seared in my mind, which makes it easy to understand the uncertainties and fears that still weighed in that part of the country. We reached a small village by the sea late at night, maybe Praia a Mare, or maybe Diamante, of which I only remember a few small dim street lamps and the sound of the sea. The few houses facing the shore were all well locked. The windows were closed. The sign of an inn made us hope we could spend the night there. Someone in the group knocked on the door repeatedly but unsuccessfully. Until I, sleepy next to my mother who was holding my little brother crying desperately her arms in the total silence of the place, got out of the car to move a little and for the usual pee stop. And only then cautiously a small window opened, a lantern shone light and the face of a woman appeared, the woman having seen us, shortly after got down and slowly opened the door. My parents told us that they opened the door only after they heard and saw the children, especially my brother who was crying, because at night there was a lot of fear of the bandits and missing people of the war who were still wandering in the surrounding mountains. That is why my uncle had a huge gun under his seat! I had noticed it.

And finally we reached Reggio Calabria, the harbour of Villa San Giovanni was not accessible yet, after the bombings. A shaky ferry finally took us to Messina and after several more hours by car we finally reached home….. The wide open gate, my grandmother, informed by telegram of impending arrival, was the one standing in the front row, then my uncles, cousins and the farmers. There were endless kisses and hugs. We were all still there … and it was such a miracle it did not even seem true! It was the first time I went to that house, the country home of my father, grandparents, great-grandparents and various ancestors. Until then, my parents had only heard from them through the Vatican’s diplomatic channels, the Red Cross and common friends. Every day, relatives, cousins and friends I never saw before, arrived to make the ritual visit.

And there I made my first acquaintance with the ” biscione “.
My “tutor” was Turiddu, son of the farmer Don Peppe (the bailiff), my official guide and first friend. He took me back and forth through the countryside to discover a fascinating world, among dense and long chestnut woods that arose on a carpet of moss and violet cyclamen, streams alive only in winter, vineyards full of grapes, mandarins and lemons whose trees sent scents of oriental essences that still excite me every time I smell them and those happy years bring me back. The dens of hares and rabbits with the ferrets that flushed out them, the old and wise dog Ulysses always thoughtful And a stone watchtower still camouflaged but abandoned from where, my father told me, a garrison of German soldiers controlled the ships that entered the Strait of Messina. In short, for me it was for years a true paradise on earth of which I was an explorer and conqueror armed with a simple blowpipe made of a cane and a beautiful cork gun.

Until in the usual hayloft, behind a oxen manger, covered with dust, sacks of manure and tools of all kinds, I discovered an old car without wheels, dark in colour with a thin yellow line along the side. It was resting on wooden trunks and had huge headlights that seemed to me to be anti-aircraft reflectors. It was the car of my grandfather, hidden there to rescue it from the retreating Germans after the arrival of the American troops landed in Sicily. On the radiator there was a strange coat of arms with the cross of the warriors in Holy Land and beside it a snake with a child in the mouth. 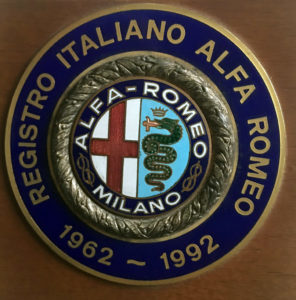 The sight of that coat of arms, the sensations it aroused and the battles it evoked gave birth to incredible emotions in me, reader of Salgari and Giulio Verne. Emotions and passions that accompanied me for a whole life. But then they started and unleashed the fantasy of a child and that austere old car that became a hen house turned into the ship of my dreams and the realm of my games. Then one year it disappeared. I may have been fifteen years old, I was thinking of other things, especially girls and motorcycles, but the pain of that loss, of that magnificent toy that started such a great passion, still causes me regrets and melancholy. It was given to a wrecker, they told me, because it was necessary to make room for the new tractor, for the 600 car of the bailiff, for the Vespa scooter of Turiddu and … for my pain. A regret that after more than half a century is still quite present.

Today there is no longer the old hayloft or even the old barn transformed over the years into a home, certainly more useful and comfortable but without my glorious 1750. It was a GT limousine made by Carrozzeria Touring…

The images used in this article are for illustrative purposes and belong to their respective owners..

0 0 vote
Article Rating
Condividi su:
The story of a wizard and a banana. The years of the Dolce Vita (when they founded the Riar)