Lamberto owned three beautiful Alfa 6C 2500 SS cars, located in various garages: a black and white Aerlux, a burgundy-coloured Touring – a short Pininfarina bleu spider 1900 C Sprint of a magnificent blue colour – and a more recent 2600 Sprint. As an everyday car he drove a small and straightforward beige NSU. In his company I started my first sports-meetings, particularly in Veneto, those held by Gigi Bonfanti with his legendary consumption tests, the Dolomites Cup, and the “fashion” competitions at Pincio, organised by the Motor magazine by Favìa del Core. I was very impressed by Lamberto’s idea of putting a tennis ball under the accelerator pedal …. to save fuel!

I built a very strong friendship with Bonfanti too, a friendship that extended to the whole family. He had a beautiful and lively wife, Lia, three children, my great friend Giusi and two small children rather exuberant, Sandro and Francesco, aka Checco who would later become a true enthusiast, a great driver and excellent successor of his father in all motor-sports as well as the backbone of the Riar of which he has been an extraordinary and tireless Director for about 30 years. Gigi Bonfanti, unfortunately, died prematurely in 1990. With him we had just held a nice sports-meeting in Cortina during which Linda Christian, Tyrone Power’s widow, sitting on the rear hood of his 1900 convertible, tore the leather of the back seat with a heel. I never heard so many Venetian swearwords in a few seconds! 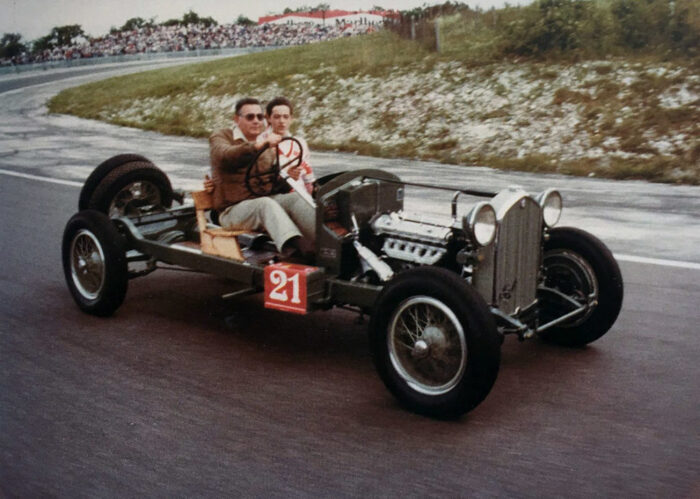 In the mid seventies my career continued on brilliantly first at IRI and then at ENI. I started to travel all over the world, preferring risky countries, those in war or with undemocratic regimes, everywhere, in short, where there were revolutions, places of hardship or a state of danger. Not because I was stupid, but because every bad or dangerous element constituted an extra month’s salary and it was great to get a very good income! How many memories and exciting adventures that now, stimulated by my writing, come to mind. Gaddafi had just took over Libya and the situation was still turbulent; under the guide of the old Bishop of Tripoli, Brother Michael, a bearded and gentle Franciscan friar who still carried out his mission more or less tolerated by the new regime, I found in the garage under the former Cathedral – a small replica of Santa Maria Novella turned into a mosque – an old Lancia Augusta and a Fiat 522. And among the various items of the “ventennio”, dusty furniture, old paintings of Saints and Apostles, and in a corner a crate with an Alfa Romeo logo holding a new 6C 1750 engine still with labels and tags.

I made up a story and told that it was a replacement for our oil drills operating in the Bahr Essalam oilfield. After a very welcome gift to the Bishop for his mission (on Agip’s tab), I took it out of the country with the cooperation of Jallud, Gaddafi’s right hand man with whom I had an excellent relationship, and I boarded it leaving for Milan on the corporate plane (risking dismissal and arrest!). After talking about it with Gigi Bonfanti and Camillo Marchetti, the engine ended up at the Alfa Romeo Museum of Luigi Fusi who installed it on a red 1750 GS Zagato, whose old engine instead ended up being installed on a twin-engine type A, just rebuilt by Canzi and Pagetti, sheet metal workers, and it is still there, I think. In turn, I received as a gift from President Cortesi a beautiful artwork by Burri and a scale model of the 33 car, while Gigi Bonfanti received some old spare parts from RL that he needed, if I remember correctly, to fix Zanottelli’s SS Castagna in Trento, now part of the Righini Collection at the Panzano Castle. 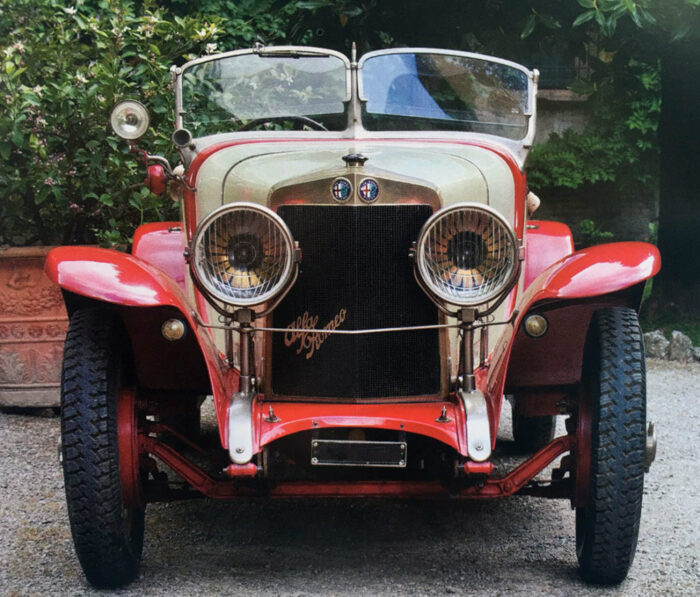